We are still here for our clients, old and new, during the coronavirus pandemic.
Federal Criminal Defense and Criminal Appeals
Contact Us Now For a Free Consultation
Home
Attorney Profile
Paul Stephen Kish 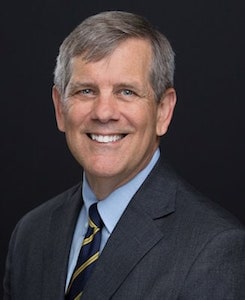 I have been involved in the criminal justice system for over 36 years. After all that time, I still like the work of representing clients. Everyone is human, and most of us make mistakes from time to time. Even those who did nothing wrong occasionally find themselves involved in a matter that spins out of control. Relying on my 36 years’ worth of experience in doing this work, I try to remember that I cannot judge what happened when I am asked to represent someone under investigation or being prosecuted for a supposed crime. Instead, my goal at first is to understand the situation. Only after I completely know what happened can I then create a strategy and execute tactics that will potentially lead to the best result for my client. After creating our plan, we sometimes will then try to resolve the matter through discussion with the other side. This sometimes is the best plan and can lead to a good result for my client. However, on other occasions, the people on the other side are not reasonable. When this happens, I get ready to fight for my client. Unlike some lawyers, I am not afraid of these fights, but I am always concerned for the person I am representing, whose career, future and life are often on the line.

Unlike too many lawyers, I love my work. After 36 years, I still get excited walking into the office, into court and into any arena where I can battle for my client. If anyone reading this might be confronted with criminal charges, you might want to contact my office to discuss the matter. I will be glad to talk it over to see if I can help.

Paul Kish is one of the most well-respected federal criminal defense and appellate attorneys in Georgia. He has handled hundreds of federal criminal cases, in the investigation phase, at trial, and on appeal. Lots of lawyers claim to “handle” cases, but in fact they rarely fight the charges. Instead, too many lawyers are looking to avoid fighting for their client in court. Mr. Kish is not afraid of fighting the government and has tried almost 100 federal criminal cases in front of juries throughout the federal and state court system. He has also taken his clients’ cases up on appeal hundreds of times. Only the most complex and interesting cases are given “oral argument” in the various appellate courts. Despite this, Mr. Kish has presented appellate arguments for his clients more than 50 times in various State and Federal Courts of Appeal. Paul Kish specializes in federal criminal defense and appellate litigation, but he will also take on many types of criminal matters in either state or federal court, like white collar crimes, sex and internet crimes, drug cases, SEC matters and similar situations. In the end, Paul Kish will take on a case if he believes he can make a difference. Give him a call if you have such a matter.

Paul Kish represents individuals and companies in many different geographic areas and many different fields, ranging from US-based corporate executives working for multi-national corporations to small business men and women facing various charges. He handles securities matters, regulatory issues, and represents doctors and other medical professionals who face an investigation or charges arising out of various government-sponsored health care programs. Mr. Kish also works on matters where his client is facing investigation or prosecution by the IRS. In the end, he takes on just about any case where the government is going after his client, regardless of the specific field in which his client works.

Please understand, I am very protective of my clients, even if some of their cases are in the “public record.” I try to avoid talking about specific clients, for their protection. Suffice it to say that I represent everyone and anyone who has a case where I think my involvement can make a difference. That might be the CEO of a major corporation, or it might be a retired person who made a mistake on his computer or a young entrepreneur who got a little too ambitious. Call me if you’d like to discuss my prior cases.

Client accused of extortion when he communicated with his former lawyer. We convinced the U.S. Attorney to dismiss all charges shortly before trial.

Father accused of aggravated assault even though shooters fired their weapons at the father and his young daughters as he was taking the girls to school. All charges dismissed on the eve of trial.

Radiologist accused of Medicaid fraud, all charges reversed by court of appeals.

18-year old client accused of child molestation when 12-year old pretended to be adult in on-line meeting, all convictions reversed on appeal

All charges dismissed against banker accused of falsifying records to cover loan fraud.

Let’s Not Make a Federal Case About it, Paul Kish, Georgia Bar Journal 2007

Contact Us
Practice Areas
Client Reviews
★★★★★
Amazing, Intelligent lawyer…I cannot recommend him enough. A.K.
★★★★★
My hero…he succeeded where other attorneys said there was no hope... C.N.
★★★★★
The only lawyer to hire if you’re facing federal charges-he saved me from going to prison…don’t increase your risk of prison with someone who isn’t qualified or experienced in dealing with the federal government. P.P.
★★★★★
Paul not only knows the law, but his research and grasp of the particulars of our son's case was utterly impressive. He is the most professional and ethical and tenacious lawyer I have ever come across... M.S.
View More
Submit a Law Firm Client Review